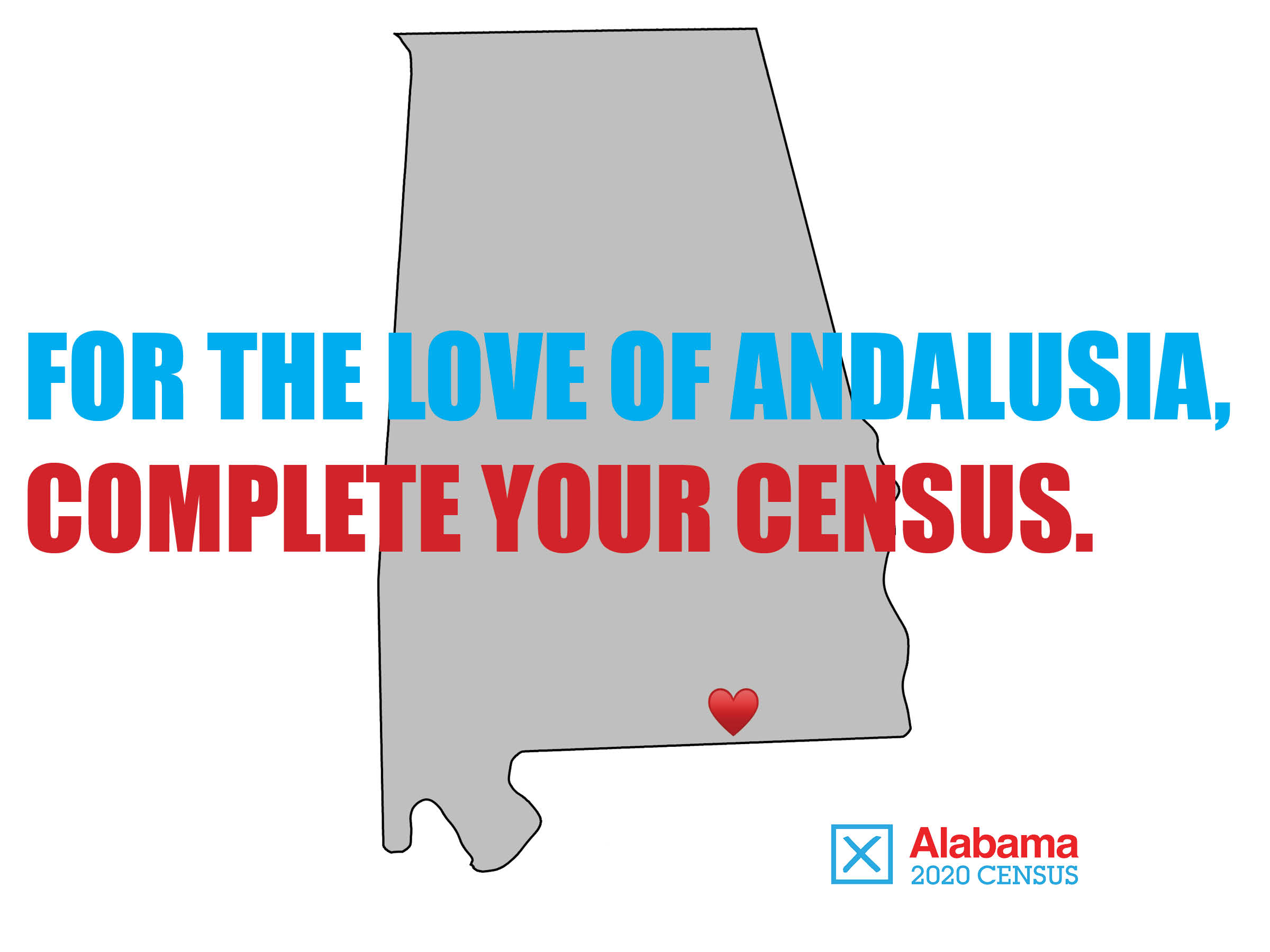 “We believe that Andalusia’s population was under counted in the 2010 Census,” Mayor Earl Johnson said. “We want to make certain that the count is more accurate this year, because the next 10 years of our future depend upon it.”

The mayor said that the results of the census determine how about $13 billion in federal funds, grants and support are distributed to our state, counties and communities. Alabama currently receives about $1,500 per person in federal funding.

The U.S. Census count is important not only for securing federal funds, but the count also affects business decisions about expansion and locations.

City employees making the phone calls will encourage those who have not completed the Census to do so, and will offer help if it is needed.

“Sonja Godwin, who directs the Adult Activity Center, and her employees volunteered to take on this daunting task,” Mayor Johnson said. “We appreciate their willingness to spend the time on the phone and help make sure Andalusia residents are accurately counted."

Those residents who have not yet completed the Census can mail in their forms, or fill them out online at my2020census.gov. The Census also can be completed by phone by calling 844-330-2020.