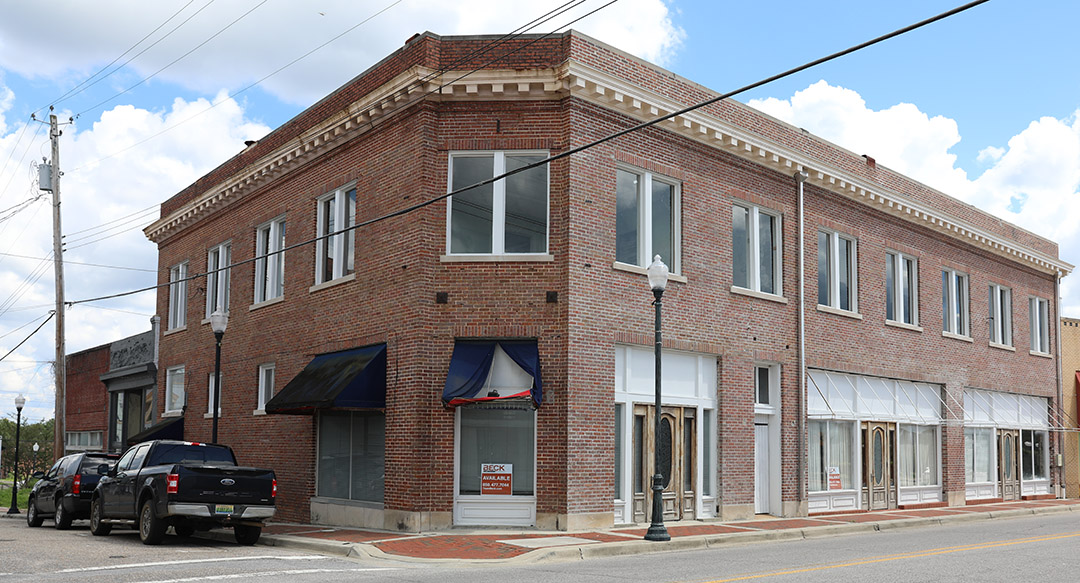 The Andalusia City Council on Tuesday approved a development agreement for one of the historic downtown buildings acquired earlier this year.

The building will become part of the Capital Improvement Cooperative District of the City of Andalusia, which will finance approximately half of the estimated $550,000 in planned renovations.

“It was only on March 10 of this year that we formally announced the city’s acquisition of downtown properties, and revealed the architect’s vision of what those properties could become,” Mayor Earl Johnson said. “On the following Friday, March 13, we had the first large-scale announcement of closings related to the COVID-19 Pandemic.

“I am very pleased to report that the pandemic shut down many things, but that we have continued to work on plans for our downtown, and this project is moving forward,” he said.

Gibson, who also works in the oil industry, was returning to his post in the Middle East on Tuesday and could not attend the meeting. Earlier in the day, he said he already has two strong prospects for the three commercial spaces he will put in the building.

“The apartments are going to be different than anything we currently have in Andalusia,” he said. “We’re putting extra time and money in them and are working to preserve some of the architectural features.”

Gibson said he believes the apartments will have appeal to millennials, who want to live near entertainment venues and are less interested in larger homes. He expects to have them ready for occupancy by Spring of 2021.

The development agreement states that Draftstone Properties will begin repaying the Development District once the building reaches 80 percent occupancy or 12 months after occupancy, whichever comes first.

The agreement has perpetual maintenance and appearance restrictions that requires the premises to be maintained physically and in appearance as set out in the architectural plans for the premises.

As part of the agreement, the City of Andalusia and its Development District have the first right of refusal if Gibson decides to sell the property to a third party.

In a separate action, the council agreed to purchase two parcels on Pear Street to develop as downtown parking. It is expected that Gibson will participate in that development and some of the parking will be reserved for tenants of the McArtan Building. The parcels are owned by Wyley D. Ward, who is selling them to the city for $40,000.

Gibson and Draftstone Properties also own Southern Terrace Apartments on Church Street, which are being renovated. He also owns Snow Biz on River Falls Street.

Duncan Archibald McArtan and D.A. McRainey constructed an  Opera House on the corner of South Three Notch Street and Pear Streets, which was completed before 1905. According to research published by Curtis Thomasson, the majestic three-story building featured a large auditorium with stage, tiers of seats, a balcony and four comfortable opera boxes. Performances included local talent shows, operettas, piano recitals, school plays and traveling shows. In 1907,  Andalusia High School held its graduation exercises there. The Opera House truly became the social center for Andalusia during the early 1900s. The first silent films of the era were shown in the building. Tragically, a fire of undetermined origin destroyed the building circa 1914. Later, a smaller McArtan Building was constructed on the site, which has housed many businesses through the years.